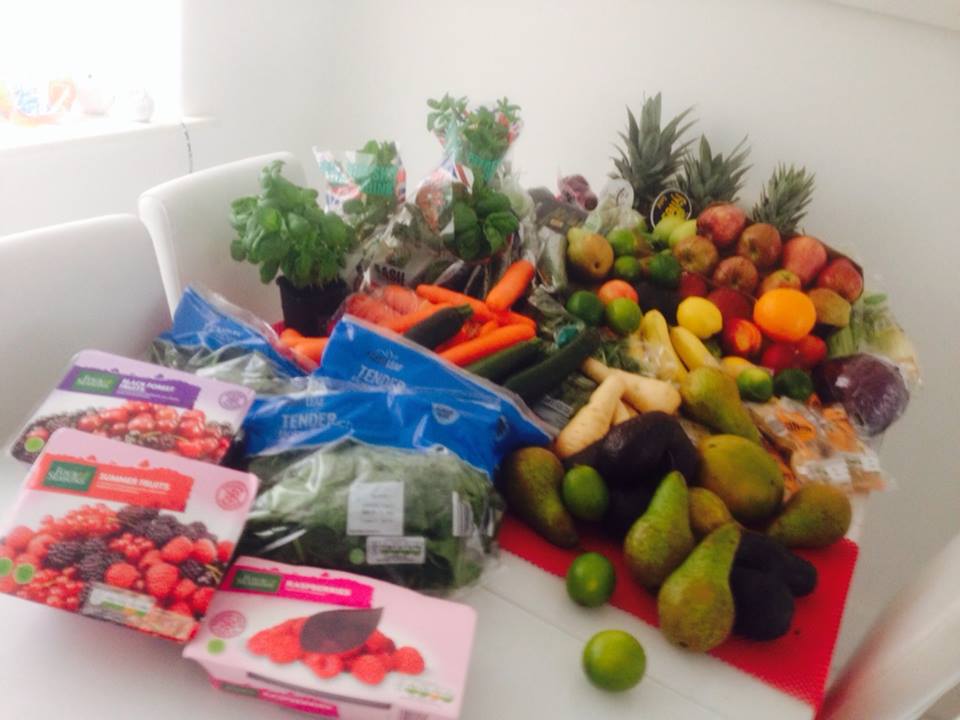 This week is about flooding the cells with nutrients and yes there is LOADS of juice created from the recipes – so much that I don’t have enough pots and jugs to put it in to keep cool, so I improvise – there’s always a way! You would think I wouldn’t feel hungry with all that juice but I do – well maybe not exactly hungry but my stomach does feel empty. I worked quite a bit in the garden today so that may have had something to do with it, and I spilt some of my smoothie! Disaster!

Each day of the cleanse involves clearing the cells of a year’s stuck emotions. We hold old emotions in the cells from where they can start to get toxic and therefore damaged, eventually leading to illness. Today it’s 2008. I was living in France then.

Busy getting ready in the morning for a solo visit from my 1 year old grandson – I know I don’t look old enough?  Well by the end of this cleanse I won’t! It’s going to be a challenge doing everything and keeping an eye on him too. After he’s gone to sleep I prepare tomorrow’s veggies and fruit and pop them, all ready to go, in sealed containers in the fridge. (I’ll pass on an enema today)

Managed to get all the juicing and smoothie-ing done and ready for a day out and about before young one woke up. Popped him in the high chair for his breakfast while I did all the clearing up afterwards. Today was spent by the seaside surrounded by people eating fish and chips and ice cream, soup and panninis. I feed little one and sip sedately on my juice! People do get fascinated by the fact that I’m not eating. They are also astonished by the sheer quantity of fruit and veg in my fridge! Whilst out and about I find a local veg shop selling local grown and very fresh tender stem broccoli – I’ll have some of that thank you. I was hungry though late afternoon so had an avocado with lemon juice and black pepper, and felt quite full afterwards.

A day working away from home so a challenge to get up and ready for the days juices before I leave. I’m carrying on with normal life and don’t feel tired at all anymore. In fact it’s all starting to feel quite normal altogether to me now, except when someone looks at the juice I’m sipping and asks why I’m drinking pond water! (It was ‘Morning Dew’, tastes absolutely delicious, but admittedly is very green, especially with the extra – yet very fresh and nutritious – broccoli from yesterday.) Feeling hungry in the evening so had a small banana.

A quieter day today, time to catch up and take it all a bit steadier. A lovely sunny day but colder in the evening so I had a magnesium bath and a clay footbath and felt cosy and nurtured, and also hungry! Avocado sorted that out!

We’ve been told not to weigh ourselves along the way as the body can gain a little in the process of detoxing and it can be disheartening if weight loss is an aim. However I am pretty sure I have lost a bit as my clothes are looser. The recipes are so nutritious that you only lose toxic fat cells, and who needs them? Anorexics apparently put ON weight!

I wake up late and feel quite toxic, so an enema it is. I’ve still not got into a good routine of exercise either, so I decide to really try to up that.

I do a major shop for next weeks’ produce. Again the checkout lady says nothing as they all pass through the scanner, but she does look a bit quizzical. There’s a lot of unpacking when I get back too. The fridge is chock full and the overspill is in the garage!

Time for a power walk up and down the beach a few times, together with some deep breathing and I do feel better for it.

It turns out to be a later night than I’d planned and I start to feel quite hungry, perhaps also because there wasn’t as much volume in the juice recipes today. I then discover half a small glass of extra smoothie in the fridge. Just the ticket! It was a sluggish start to the day, but by the evening I’m feeling quite sprightly.

Only four hours sleep last night, but I woke refreshed and ready to go. What a difference to yesterday! There is the time and energy today to catch up on the jobs I had to set aside last weekend in order to rest.

Another ‘messy juice’ day. Not because of dark berries and beetroot, this time because of a juicing the whole of a very ripe pineapple. It’s also a large volume juice day. I won’t go hungry today even though I managed to get juice pretty much everywhere and did spill a glass. Hmppf. I did make another juicing discovery in the process; when there’s a lot of froth coming up the tube a fat roll or two of young spinach leaves sorts it out in a jiffy!

Well that’s Week 2 done and dusted. 50% through the programme. The time is just flying by.

You have the power!

Everything is shifting so fast, all over the world.  Whilst we are in the middle…

Whatever you desire for your life, you know you need to take action if you…

Rebecca Ronane recently interviewed me for her Facebook page Forward After Fifty She says, "I’m talking…